After an 8 hour drive from Boulder to Jackson, I arrived just as the sun was going down. That first night I decided to take it easy and get some sleep after a long day on the road. I watched a few episodes of Unbreakable: Kimmy Schmidt on my computer then passed out.

The following morning we were up and ready to explore. I was staying with Clint’s younger brother Gus who had just moved to Jackson Hole only a few days prior. We drove out of town a few minutes in hopes to see the Tetons and some wildlife. Unfortunately we saw neither due to the storm that had moved in and was sitting low in the sky blocking our view. What we were able to see was amazing.

We drove up Shadow Mountain and snow started coming down like crazy. It was cool to stand up on the mountain’s edge and look out over the valley where the weather was calm and the ground was still brown. Meanwhile, we were standing in a minor blizzard with snow covering everything completely. 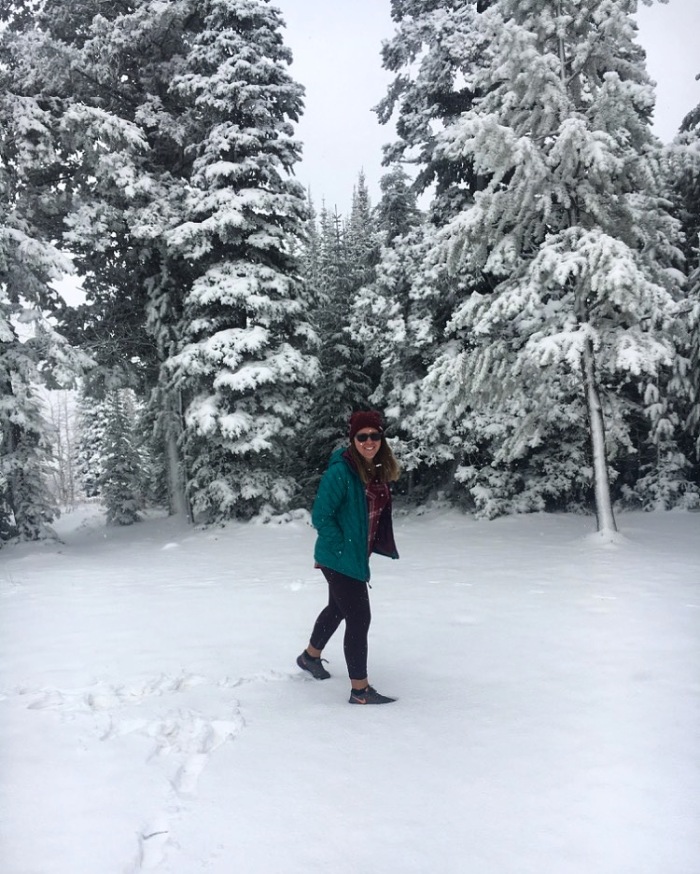 We drove back down and on our way into town we pulled over into what was once an old town. There were only a few buildings there and some animal pens. There was a sign up so you could read about the families who used to live and farm there. 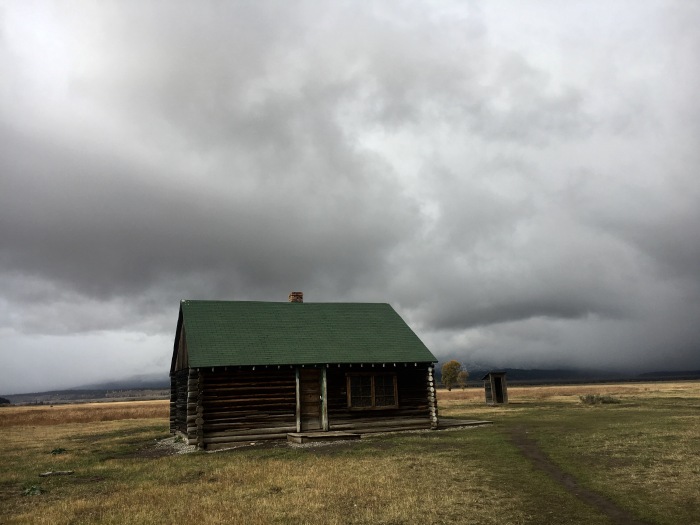 Once we were back in town we stopped in a local tavern and had a beer. We had two friends who were also visiting Jackson and they met us there. We made plans for the night before taking a short break back at the house to rest and clean up. We met them at Thai Me Up for happy hour snacks and drinks. We met a guy at the bar who was also from Boulder and staying with his parents for a while who lived in Jackson. Small world.

After happy hour we set out to go to the Cowboy Bar where the bar stools are saddles. There was a cover charge that we were reluctant to pay, so a local led us to another bar called The Rose. The guy we met in Jackson, the local, who led us to the other bar was very strange. He had a wedding band on and told us he had recently had his heart broken. He was wasted and kind of aggressive. He also had no interest in talking to me or Kristy and was completely interested in the guys, specifically Josh. We ditched our new friend but he followed us. He said something like “I have an elk camp near by I want to take you to” to Josh. Josh then explained that he was happily married to a woman and then he went on his way.

We went back to our friend’s hotel and hung out in the hot tub for a few hours. We met an older woman who taught wilderness skills to children and worked on the mountain as a ski instructor. I was surprised to learn that she was living in a tent in the woods all summer but had just moved into a house for the colder weather. We told her all about our encounter with the strange local man. There was another woman in the hot tub who didn’t speak much until we started talking about dogs. Her husband was a coyote hunter and used his dogs to help draw the coyotes in close so he can shoot them. Our night ended back at Gus’s new place drinking beer and watching surfing videos with his roommates.

The storm was still sitting low over the Tetons the next day and I was never able to see them. We drove a little farther out of town for a hike. The trail was called Phelps Lake Trail and we were the only ones out there, which was nice. In Boulder I’m used to the trails being packed with hikers. We hiked out to a spot overlooking a lake surrounded by jagged mountain peaks. It was gorgeous. You can hike all the way down to the water’s edge, and we did hike a short ways down, but not all the way. We could see a few people down on the beach area having a fire.

On our drive back into town we passed a painter recreating the aspen trees. We pulled over and I asked if I could take a picture. She said yes.

That afternoon I was back on the road and heading west. The drive was beautiful. It changed from misty tree covered mountains to yellow open spaces and sandy rolling hills. It was just under a 6 hour drive to Boise, which is where I was going to be staying that night.

Boise was just a quick stop. I was staying with a friend of friend. She is a kindergarten teacher there but originally from Boulder and we had met a few times previously. We went to dinner with her roommates at Bardenay. We went back to their place, turned on a movie, and went to bed. I was up early the following morning and back on the road to my next destination, Seattle.

View all posts by calliebetzpederson